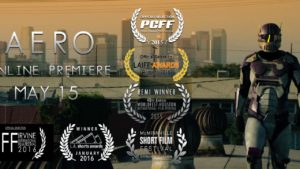 Aero is an alien who has been stranded on Earth for a while. By chance, he meets Chase, a human who is down on his luck and is being chased by drug dealers. Aero uses his super powers and alien technology to help Chase. (15 minutes) 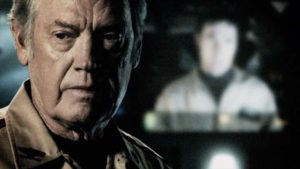 Cockpit: The Rule of Engagement

In 2103, humanity is at war with the Tarceds, an alien race that can control minds. A fighter returns from combat, and its pilot requests to land on a space carrier. The captain of the carrier must make a difficult decision—either allow the fighter pilot, who is running out of air, to suffocate, or allow the pilot onboard and put humanity at risk, if the pilot is afflicted by the contagious alien mental disease. (12 minutes) 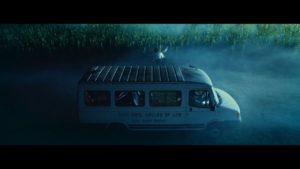 A tour bus is touring crop circles in England. The tour guide insists that the crop circles are made by pranksters with tape measures and planks. The tour group accidentally discovers the real crop circle makers at work in a field. (6 minutes) 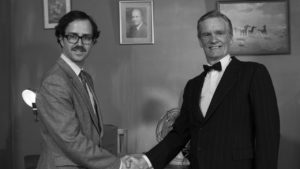 ETO 1953 (Extra-Terrestrial Orientation 1953) is a film commissioned by the US Government that is meant to be shown to aliens when they first arrive on Earth. In this film, Sherman Malloy and his team of scientists explains to the audience about human behavior and customs. Welcome to Earth! (8 minutes)

A down-on-his-luck lawyer awakes in a doorless room to find he’s been selected by an advanced alien race to negotiate on behalf of the human race. The aliens want to take Earth’s oceans, and the lawyer is given only a few minutes to find a way to use interstellar law to prevent it. Is the lawyer as incompetent as the shrewd aliens believe, or can he actually save Earth? (12 minutes) 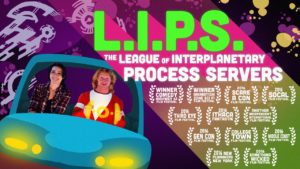 In this part live action, part animated, comedy, the League of Interplanetary Process Servers’ allegedly finest agent attempts to deliver 30 subpoenas throughout the universe in ten minutes to break a record. A fan/bartender/aspiring writer accompanies him to chronicle his great ten-minute adventure. (22 minutes)

A little girl, Angie, sees a flying saucer out of her bedroom window one evening. Soon a friendly alien, Red, prepares Angie for an invasion of hostile aliens in the future. This short film is excerpted from the web series of the same name. (13 minutes) 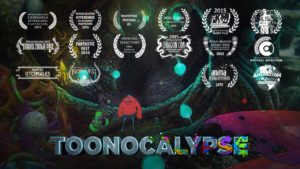 A large number of small cartoon aliens arrive on Earth. Everyone gets used to having the adorable cartoon aliens around, but one year after their arrival on Earth, things change. What strange plague have the aliens brought upon us? (18 minutes) 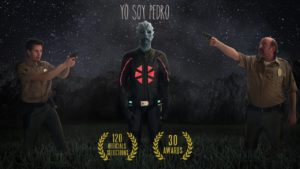 Two police officers find an alien on the outskirts of town. Believing him to be an actor in a science fiction movie that is currently being filmed nearby, they give him a ride to the movie studio, resulting in hilarious hijinks. (11 minutes)