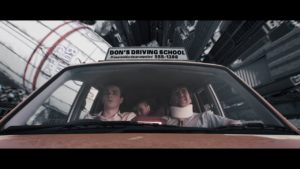 A bank robber tries to escape by highjacking a flying car, only to find himself in the middle of a driving test with an incompetent student driver. (4 minutes) 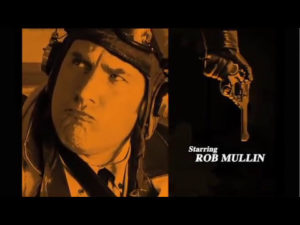 Rocket Man and The Aerial Fortress!

In 1918, the United States is attacked by Prussian Army rebels with a giant warring airship. The airship’s commander, Baron Von Stryker, is set on restarting WWI by provoking the United States into war with Germany. The U.S. high command calls upon Rocket Man, a bumbling, but very lucky, mercenary hero with a long range rocket pack, to infiltrate and destroy the rogue Prussian arial fortress. (37 minutes) 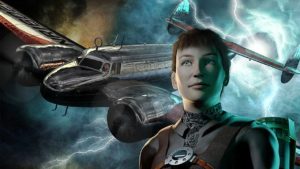 Amelia Earhart is still alive and part of a secret elite team of women, the Ninety Nines, part of the Scientific Strategic Reserve. Equipped with Tesla technology and jet packs, the Ninety Nines are determined to stop Hitler and his evil scientists. (6 minutes)